OVERVIEW
Almost six years after the unfolding of the worst global financial crisis in recent history, many countries are still struggling to cope with the turmoil. The new realities proved the need for new growth models.

While each economy will have to find its own strategy, on September 23-24, at Forbes CEE Forum, journalists from the worldwide Forbes network, along with relevant C-level managers and authorities will try to find the pillars that every growth strategy should be based on and the specific issues that doing business in emerging markets raises.

Forbes CEE Forum will focus on the main issues concerning this region's future development - the countries, industries and sectors that provide the most promise, the hurdles that need to be overcome in order to deliver the promise and how will businesses, consumers and investors profit.

The first event of such magnitude and scope in Romania, tackling present issues that are at the core of regional politics in South, Central and Eastern European areas, the Baltic countries and the Middle East.

Similarities vs diferences: Strengthening the integration between Central and Eastern Europe Countries

10.30-12.30
Plenary Session:
THE LARGER PERSPECTIVE
Policy Makers Must Govern The World Economy With Measures That Seek To Address Fiscal Balance, Currency Stability, Economic Development, Job Creation And Equitable Growth For Society.
Where are The Opportunities For Growth In Central And Eastern Europe?
How Are Central And Eastern European Countries Interactions With The Global Economy?

The session will also focus on:

11.00 - 12.30
Plenary Session V:
THE ROLE OF ENTREPRENEURS AND BUSINESS LEADERS IN DELIVERING GROWTH

The session will focus on:
The Increasing Role Of The Entrepreneurs And Business Leaders, Through Education And Job Creation
The Focus On Innovation And Adopting Technologies That Will Enhance Productivity
How To Raise Productivity And Labour Participation

12.30 - 14.00
Plenary Session VI:
THE NEW CONSUMER,  AS THE MAIN DRIVER OF GROWTH
The session will focus on:
The trends in the consumer market
Global urbanization as the main driver of human creativity
Generation Y consumers vs. Baby Boomer consumers

14.30 - 16.00
Plenary Session:
INNOVATION – CEE AS AN R&D HUB
The session will focus on:
The level of investment and performance in R&D
Is CEE a hub for IT&C companies?
Are there any fiscal facilities for IT&C employers in the region?
The focus on innovation and adopting technologies that will enhance productivity

BMW (Bayerische Motoren Werke) was founded in 1916 as a producer of airplane engines. In the 1920’ the company evolved into a producer of motorcycle engines, motorcycles and later cars. German engineering that delivers sheer driving pleasure: BMW, the most successful premium car manufacturer in the world is also one of the most appreciated German brands in Romania. BMW Group Romania, with the two brands, BMW and MINI, entered the Romanian market in 2007.

Bucharest Stock Exchange runs markets for shares, bonds and other instruments, through regulated platforms and alternative systems, and provides a wide range of services to participants of financial markets. Bucharest Stock Exchange is a public company, listed on its own market since 2010. For more information refer to www.bvb.ro.

Bancpost is a Top 10 universal bank in Romania with more than 23 years of experience on the local market. The Bank has 2,600 employees, a territorial network of 190 branches, 8 Regional Centers and 8 Business Centres, and provides a wide range of efficient banking and financial solutions to more than 1 million clients in the retail, corporate or institutional areas. Bancpost is also one of the leaders of the local card market and has developed extensive networks of over 550 ATMs, 8,800 POSs and 230 APSs, providing convenient and permanent access to the Bank’s services. Bancpost is the exclusive partner in Romania of American Express®, while at the same time is a Visa and MasterCard representative.

Vodafone Romania is the first telecom company to launch a GSM network in Romania, on April 15th 1997 and also the first operator to introduce 3G services. In 2010, Vodafone launched 3G services on 900 MHz broadband, at high speeds of up to 21,6 Mbps. Vodafone implemented the first 4G network in Romania on October 31, 2012, at speeds of up to 75 Mbps. The first commercial 4G services were launched on November 20, 2012. Vodafone is the leader on business market in Romania, with a market share of approximately 50%.

Monsanto Company is a leading global provider of technology-based solutions and agricultural products that improve farm productivity and food quality. Monsanto is headquartered in Saint Louis, Missouri, US and it has more than 21.000 employees in 66 countries. Monsanto’s portfolio consists out of seeds for row crops and Crop Protection products (Roundup). Monsanto is invested since 1975 in Romania, reaching 144 permanent employees. In 2013, it was ranked as A Great Place to Work by Aon survey.

Corporate Office Solutions (COS) is a leading specialist in workplace consultancy & design, fit out, M&E works, project management and office furniture supply, for office interiors. Founded in 1997, COS has continuously developed its range of services, becoming the first fully integrated office design & build specialist in Romania. Since foundation, COS holds the sole local authorized dealership of Steelcase, global leader in the office furniture industry. COS is also representing Interface, worldwide leader in modular carpet.
principal
sponsors 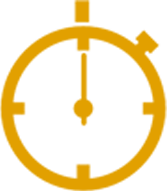